Posted on April 20, 2013 by Indigenous Histories

Aboriginal WW1 soldier William Castles came from Rooty Hill in the Parramatta district of New South Wales and was a great great grandson of Yarramundi, chief of the Boorooberongal clan of the Darug. His mother was Ada Locke and his father Thomas Castles.

He first volunteered for the AIF in December 1914 but was discharged a month later when he refused inoculation. He must have overcome his fears by May 1916 when he volunteered a second time.  The existence of his two attestations shows an interesting difference in physical description. While his complexion is initially given the general and not uncommon description ‘dark’ this becomes complexion ‘brown’ in his second attestation. Despite this more specific reference to his Aboriginality he was accepted  into the AIF.

William Castles’ service number 2507 was close to that of Percy Freeman 2509. Percy was the husband of William’s cousin Mary Jane Stubbings, a daughter of Mary Jane Castles and George Henry Stubbings. Like William, Mary Jane was a great grandchild of Maria Lock. Both men were carters who enlisted on the same day at Liverpool and became part of the 5th Reinforcements of the 54th Battalion. They served together in France in 1916 and 1917 from Fromelles to the Hindenberg line and became casualties within days of each other. Freeman was killed on 18 May and William Castles was wounded in both legs, his left hand and his arm three days earlier. After spending three months in hospital, suffering also from a kidney condition, he was discharged on 27 September but died at sea on 23 October 1917. He was 21. The distraught reaction of his aunt and next of kin is recorded in a post of 6 February 2013. His death triggered a series of letters from his family seeking custody of his medals which in the end were given to his brother Edward George Castles.

William Castles is mentioned five times in the Minutes of the New South Wales Aborigines Protection Board, between 1911 and 1913. The minutes show him at Bomaderry, Bolong, RosebyPark and indentured at Emu Plains – all locations on or near the NSW South coast.

Photographs of both William Castles and Percy Freeman appear in Parramatta and District Soldiers Who Fought in the Great War 1914 1919. The publisher of this book was the newspaper the Cumberland Argus – and the photographs were probably taken from its pages. They can also be seen on the WW1 Pictorial Honour Roll of New South Wales and the Australian War Memorial’s Roll of Honour. 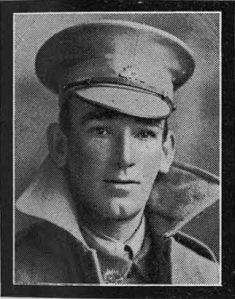 William Castles’ motivation to enlist is unknown but the proximity of his service number to that of Freeman, their service in the same unit and their common pre-war occupation and relationship suggests that like other young men – mates – he and Freeman made the decision to join up together. The difference between the two was Castles’ Aboriginality and the power over his life of the Aborigines Protection Board – shown by his entries in Protection Board minutes. But if unequal as Australians both men achieved equality in the AIF in the price they paid for their decision to enlist.

Note.  The ebook of Parramatta and District Soldiers Who Fought in the Great War 1914 1919  can downloaded but it is necessary to do this carefully ignoring the first invitation to download appearing  at the top of the page and clicking on the title to the right of the pdf symbol.