Posted on April 15, 2015 by Indigenous Histories

Charlie Alley was born in Charters Towers, Queensland in 1901. His father also Charles came from the Malay Straits and his mother Fanny Palmer was born under a tree at  Canobie station near Blackjack.

During the World War One Charlie’s father was actively involved with the war effort.

My grandfather, he looked after the stockyard for the horses to go over to Egypt … they used to bring the horses in from the station, then they’d hold them in the paddock at Blackjack … and then they’d ship them out from there. Harry Allie 2008. 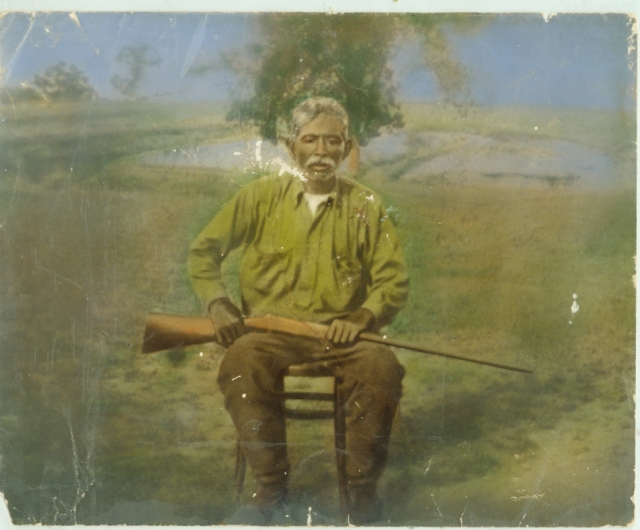 Charlie who was too young to serve would have made his initial contribution to the war effort by helping his father. Then in August 1917 he successfully volunteered for the AIF. Although he stated his age as 18, information he gave when he served again – this time in World War Two – shows he was only 16 when he became one of the 1st Reinforcements Egypt.

In August, the regiment was issued with swords and trained in traditional cavalry tactics in preparation for the next offensive against the Turks. This was launched along the Palestine coast on 19 September 1918. The 11th Light Horse displayed its versatility at Semakh on 25 September by first charging the Turkish defences around the town on horseback, with swords drawn, and then clearing the actual town on foot, with rifle and bayonet.

Semakh was the regiment’s last major operation of the war; the Turks surrendered on 30 October 1918. While awaiting to embark for home, the 11th Light Horse were called back to operational duty to quell the Egyptian revolt that erupted in March 1919; order was restored in little over a month. The Regiment sailed for home on 20 July 1919.

In addition to Charlie Alley at least seven Queensland Aboriginal men were part of the 1st Reinforcements Egypt. They joined other Aboriginal men already members of the 11th Light Horse – twenty six of whom were in the 20th Reinforcements, given  the nickname the Queensland Black Watch, because of the number of Aboriginal men in its ranks. (Investigation of slightly higher numbers stated elsewhere show these include non Indigenous men).

Other identified Aboriginal men who formed part of the 1st Reinforcements Egypt were Willie Allen 50246, Glen Combarngo 50248, Herbert Roberts 50265, Patrick Brady 50271, John Lewis 50276, Harry Roberts 50278, and Alexander Stanley 50280. Herbert Roberts did not leave Australia because of an injury before embarkation.  With Charlie Alley they swelled the number of Aboriginal members of the 11th Light Horse Regiment contributing to its Aboriginal character. 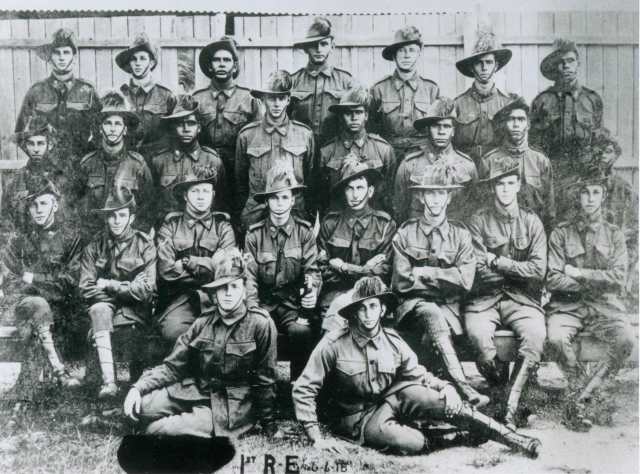 Ist Reinforcements Egypt. June 1918 . The photograph contains at least seven Aboriginal men although names cannot be linked to specific  individuals. It is possible that Charlie Alley may be one of their number. Too Dark for the Light Horse Collection. Courtesy David Huggonson.

When Charlie Alley arrived back in Australia on 28 August 1919 he was only just 18 but after the events of 1918 and early 1919 was already a battle hardened veteran. Twenty years later on the outbreak of World War Two he was again in the uniform of the Australian Army. 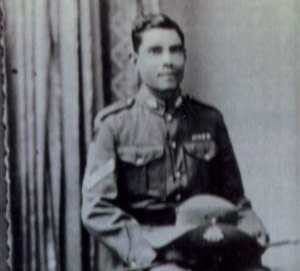 Other members of the Alley/Allie family also served their country.

Charlie’s brother Billy Alley served in WW2, his sister Martha Alley was a member of the Women’s Land Army and another brother Albert Alley, father of Harry Allie served in the Civil Construction Corp during World war Two. 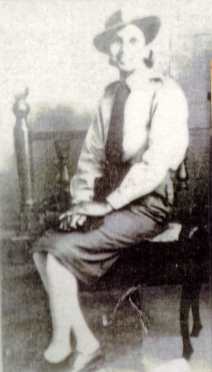 Charlie’s nephew David Allie served in Vietnam and another nephew Harry Allie was a member of the Royal Australian Air Force from 1966 to 1989. Harry has been continually active in the movement to recognise Indigenous service and is a mentor and role model for Indigenous people. In 2012 was appointed the first Air Force Indigenous Elder.

The Alley family is justifiably proud of it service:

I can always remember growing up – my grandmother lived next door – that was always a photo on the mantelpiece of them in uniform Harry Allie 2008.

But despite their record, until 1983 Charlie’s family as Aboriginal people in Queensland still lived under the Act – the dehumanising Protection Act which dominated Aboriginal people’s lives. Records show some members of the Alley family at Palm Island – the artificial Aboriginal community formed from forced removals from the mainland by the Queensland government.

The Alley family’s contribution of service beginning with World War One is remarkable – however it is not unusual for Indigenous families to give generously to the service of their country, despite the treatment they and their extended families received.

This history is now coming to light and following the completion of Serving Our Country, a project which is exploring the contribution to Australian defence services of Aboriginal and Torres Strait peoples, stories like those of the Alley family will at last receive the recognition they deserve.

Thank you to  Mrs Mavis Blackman, Harry Allie and his cousin Yasmin Johnson for allowing me to reproduce photos of the Alley family and for their advice and comment.

In particular I must thank Mrs Mavis Blackman the daughter of Charlie Alley for kindly permitting me to write about her father.

[ Note.Charles Alley’s WW1 service number was 50270. His service record available on the NAA website has been amalgamated with his World War Two record under his service number for this conflict Q186382.]

Author & Publisher of Australian history, art and culture.
View all posts by Indigenous Histories →
This entry was posted in WW1, WW2. Bookmark the permalink.

15 Responses to CHARLIE ALLEY LIGHT HORSEMAN: THE SERVICE TRADITION OF THE ALLEY FAMILY